ACME IPTV - A BRAND YOU CAN TRUST. 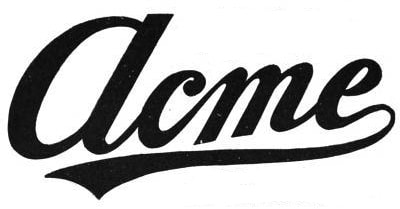 Acme are the best IPTV provider I have tried and trust me, I've tested many. Very helpful when setting up the service and knowledgeable. Highly recommended, grab a trial, you won't regret it! - Jeff Salonpas

You Get More With ACME IPTV

IPTV is not for everyone! If you need an absolute guaranteed service that never skips a beat, you are likely to be frustrated. Even the best suppliers experience downtime, often due to external factors such as server problems or internet connection issues.
You also need to remember that most suppliers are resellers, not content providers; therefore, they have no direct control of the streams. All they can do is report issues, and as many IPTV suppliers are based in other countries than the UK, the time difference can hamper swift resolution.
Don’t be surprised if buffering during Eastenders isn’t treated as a life and death situation… yes, we know the Mrs watches it, and she has ‘the face on’ but….
Many users of IPTV, especially people who are accustomed to the often fickle world of IPTV, will have more than one account with suppliers, if one goes down, you have another you can try. Although this is paying twice, the average cost of a subscription is about £1 a week, so even at £104 per year, this is much more cost-efficient than having a ‘normal subscription’ with the major companies.
Users of Android devices such as the Nvidia Shield will often use back-up apps to use to watch live tv, especially terrestrial channels such as BBC 1, ITV etc.. We hope to bring you a trusted selection soon, keep tuned.

In the meantime, you can see if IPTV is for you by requesting a 24-hour trial. We can get you up and running with the best choice in viewing. Those days of missing out on 3 pm Premier League games will be a thing of the past! Don't forget, www.whatchan.co.uk can help you find out what channel, from the many thousands, has the game on!

Check Out What We Offer

Visit our Services, About Us page and Contact page to find out more. If you have your own service and would like to chat further, use our contact form and we will get back in touch.